Open Carry in a Time of Protest and Unrest 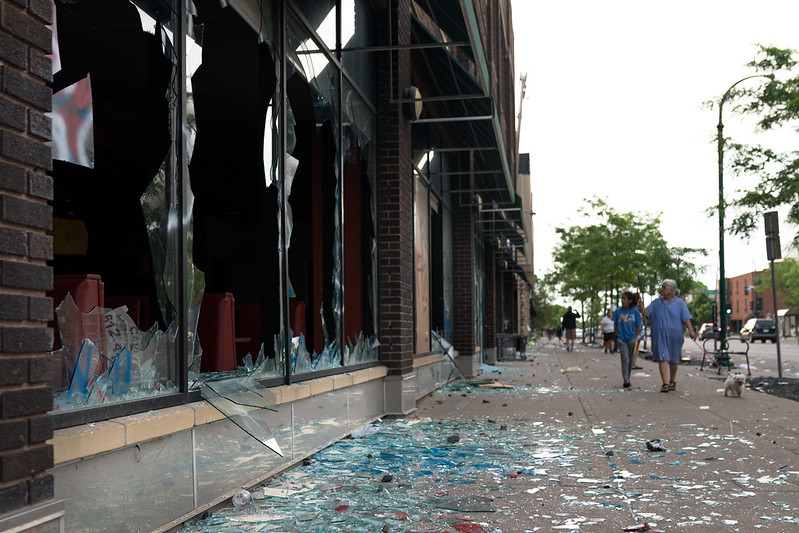 Last weekend, civil unrest erupted during initially peaceful protests in La Mesa, California. A number of businesses were looted and two banks were burned to the ground.

Reports have circulated in social media and in the Times of San Diego about some citizens, understandably worried about the unrest, choosing to undertake their own flavor of community defense. They are making the case for carrying firearms as they move about their cities and neighborhoods.

To some, it looks just like the moment they bought their guns for.

To others — including us — it looks like an excuse to openly carry firearms and probably make the worst of a bad situation.

California law generally prohibits people from carrying a loaded firearm (open or concealed) on their person or in a motor vehicle in the following locations:

This prohibition is subject to certain exceptions, including those for:

Additionally, under PC 417, California law prohibits people from brandishing a loaded or unloaded firearm, except in self-defense. A person commits a misdemeanor when he/she:

To be convicted of this crime, the gun brandisher does not need to point the gun; he/she can merely lift a shirt to expose a firearm. The law is designed to discourage anyone from quarreling or threatening another person with a weapon capable of causing serious injury or death.

To repeat: California generally bans the open carrying of handguns and long guns.

The idea of ordinary citizens walking or driving around with firearms as a way of “helping” law enforcement agencies and deterring looters is not a good one.

And we’re not the only ones who believe that. In 2016, the police chief of Dallas, Texas, conducted a news conference following a mass shooting. “[I]t’s increasingly challenging when people have AR-15s slung over their shoulder and they’re in a crowd,” he said. “We don’t know who the good guy is versus the bad guy when everyone starts shooting.”

Besides, with Sheriff Gore’s requested deployment of the California National Guard to San Diego, there will be no shortage of violence-deterring firearms in town for the immediate future. The more guns there are, the more likely at least one of them will go off as tension mounts.

Two vigilantes recently posted video to social media claiming that their group has the backing of law enforcement for activity in Santee. The Sheriff’s Department said that it knew of the claims but that “nothing could be further from the truth.” And the mayor of La Mesa, Mark Arapostathis, has reacted to the Facebook-based La Mesa Civil Defense group by making it clear that “the city of La Mesa doesn’t support vigilantes at all.”

We have no disagreement with law-abiding citizens who store their firearms safely and use them responsibly.

But it doesn’t sound as though that’s what’s going on here.

John White is a volunteer with SD4GVP.