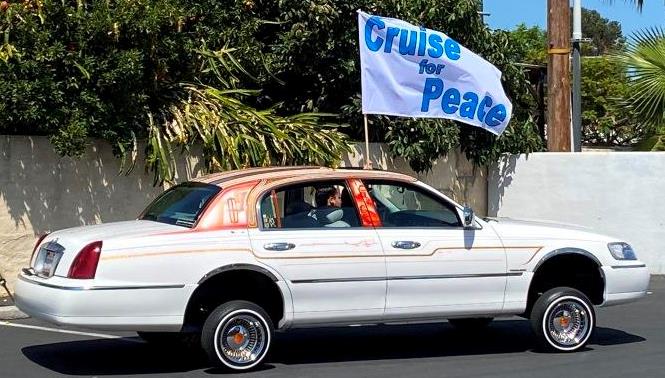 Cruising around town in a stylish low rider on a Saturday afternoon? How does that prevent gun violence?

The recent Cruise for Peace was part of San Diego’s “No Shots Fired” program, which kicked off last spring when city government and law enforcement leaders called for peace and healing following a series of shootings. Dozens of low riders from clubs around San Diego joined the Cruise for Peace, escorted by the San Diego Police Department’s low-rider squad car.

No Shots Fired is a collaboration between the Commission on Gang Prevention and Intervention, the Community Assistance Support Team, law enforcement and other city partners. Since March, community organizations have maintained an agreement with gangs in areas most affected by violent crime, such as Southeastern San Diego, for a six-month cease-fire.

SD4GVP attended as well. Our participation aligns with our belief that an effective way to prevent gun violence is through violence intervention programs.